He appeared in 225 matches for the club between 1978 and 1986, scoring 30 goals. The midfielder joined RC Paris in 1986, where he saw time in 59 matches with three goals, and later Cannes in 1989, where he played in 93 matches with five goals. In 1982, Fernandez made his debut with the French national team, which he was part of for the next decade. He scored six national goals in 60 appearances for his country. He was part of several World Cups, including the team that reached the 1986 semifinals. In 1992, Fernandez retired from playing and opted to begin his managerial career. He started with his former club, Cannes, where he stayed for two years. Fernandez then bounced around, managing Paris SG, Athletic Bilbao, Espanyol, Al-Rayyan, Beitar Jerusalem, Betis, Reims, and later Israel, before calling it quits in 2011 after the Israeli national team failed to renew his contract. Since then, Fernandez has appeared on a daily sports radio talk show on RMC called "Luis Attaque". 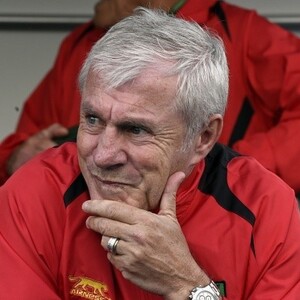