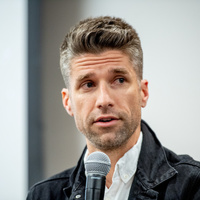 Kyle Martino net worth: Kyle Martino is an American former professional soccer player who has a net worth of $2 million. He is perhaps best known for playing with the Columbus Crew and for his marriage to actress Eva Amurri.

Kyle Martino was born in Atlanta, Georgia in February 1981. He was a midfielder who spent his youth career with the Virginia Cavaliers and was named ACC Player of the Year. Martino played for the Columbus Crew of Major League Soccer from 2002 to 2006 where he had 10 goals in 106 appearances. He played for the MLS team Los Angeles Galaxy from 2006 to 2007 where he had three goals in 35 caps. Martino also represented the United States in international competition in eight games from 2002 to 2006. He was named the MLS Rookie of the Year in 2002. Kyle Martino went on to become a studio analyst and color commentator. Martino ran for president of the United States Soccer Foundation in 2018.

He married Eva Amurri in 2011. Eva is the daughter of actress Susan Sarandon. Eva and Kyle have three children. They separated in late 2019 before their third child was born.