He was born in Crofton, Maryland and began his career participating in various youth leagues in Maryland. He played for the United states in the 1999 Under-17 World Cup in New Zealand and signed a Nike Project-40 contract with the MLS in 2000. He was named to the U.S. roster for the 2007 Copa America in Venezuela, where he earned two caps. In July 2009, he was named to the U.S. roster for the 2009 CONCACAF Gold Cup and started in all six matches for the United States, helping his team to a second-place finish in the tournament. On July 18, 2009 he scored his first international goal in the quarterfinal match against Panama. On August 27, 2009, Beckerman was named to the national team roster for two World Cup qualifier matches against El Salvador and Trinidad & Tobago; he entered the match against El Salvador as a second half substitute. In August 2011, Beckerman re-joined the US team at the invitation of new coach Jürgen Klinsmann. He played all 90 minutes in a friendly match against Mexico and was a halftime substitute against Belgium. Since that time, Beckerman has been a regular on the national team. On May 22, 2014 Beckerman was named to the final 23-man roster for the 2014 FIFA World Cup in Brazil. The tournament will be his first-ever World Cup appearance. 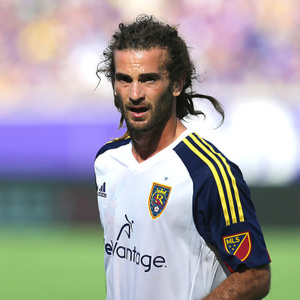