Kolo Toure Net Worth: Kolo Toure is an Ivorian footballer who has a net worth of $10.5 million dollars. Born Kolo Habib Touré on 19 March 1981, in Bouaké, Ivory Coast, he plays as a central defender for Liverpool and the Ivory Coast national team. Having spent his youth career with ASEC Mimosas, Toure became part of the Premier League team Arsenal in February 2002.

However, he made his debut the next season, i.e., in August the same year, in a match against Liverpool in the FA Community Shield. During his time with Arsenal, he was a member of the famous 'invincibles' side of the 2003–04 season. He played for the team until 2009, when he joined Manchester City with whom he signed a four-year contract. Following the expiry of the agreement, Toure signed with Liverpool in May 2013 on a free transfer from Manchester City. When it comes to his international career, Touré has played for Ivory Coast since 2000, having scored three goals for the national team to date. The brother of Manchester City's Yaya Touré and Al-Nasr Benghazi's Ibrahim Touré, they got the athletic predispositions in their blood. Married and a father of two, his children may became notable athletes as well. 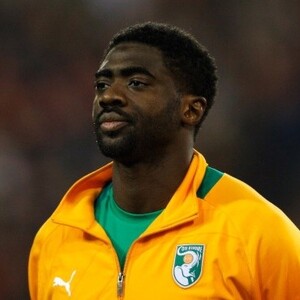