Kieron Dyer net worth: Kieron Dyer is a retired English soccer player who has a net worth of $19.5 million. Kieron Dyer was born in Ipswich, England on December 29, 1978. He played as a midfielder for five different squads over his career, including Ipswich Town (1997-99, and in 2011 on loan), Newcastle United (1999-2007), West Ham United (2007-11), Queenspark Rangers (2011-13) and Middlesbrough (2013). After the 2013 season, Middlesbrough did not renew his contract and he left the team. He finished his career with 51 goals in 415 appearances. The bulk of his career was with Newcastle United, where he scored 36 goals during 250 matches. However, multiple injuries sidelined Dyer for much of the next few seasons, and he played in just 30 matches from 2007 to 2011. Internationally, he made 33 appearances for England's main team from 1999-2007, including a spot on the 2002 FIFA World Cup and UEFA Euro 2004 England rosters. He was sold to Newcastle United for six million pounds, which was, at the time, the highest fee that had ever been paid for an Ipswich player. Kieron Dyer earned a selection on the First Division PFA Team of the Year in both the 1997-98 and 1998-99 seasons. 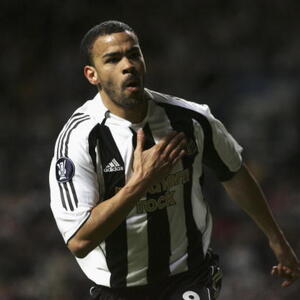