Keylor Navas net worth: Keylor Navas is a Costa Rican professional soccer player who has a net worth of $13 million. Keylor Navas was born in Perez Zeledon, Costa Rica in December 1986. He is a goalkeeper who spent his youth career playing for Saprissa. Navas was called up to Saprissa's senior team in 2005 and played there until 2010. He played for Albacete from 2010 to 2012 and was loaned to Levante from 2011 to 2012. Keylor Navas joined Levante from 2012 to 2014 and then began playing for Real Madrid in 2014. He has represented Costa Rica at the under-17 and senior levels in international competition. He played for his country in the 2014 and 2018 World Cups and in two CONCACAF Gold Cups. He has won many honors including CONCACAF Gold Cup Best Goalkeeper, La Liga Player of the Month, CONCACAF Goalkeeper of the Year, UEFA Champions League Goalkeeper of the Season, and more. 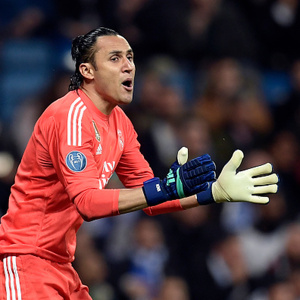