Kevin Strootman Net Worth: Kevin Strootman is a Dutch professional soccer player who has a net worth of $12 million. He is currently serving as an attacking midfielder or winger for the Bundesliga club VfL Wolfsburg and the Belgium national team. Strootman was born in Ridderkerk, Netherlands in 1990. He played as a youth for Sparta Rotterdam from 2007 to 2009.

He then played with Sparta Rotterdam at the senior level from 2009 to 2011 where he scored eight goals for the team. In 2011 Strootman was transferred to FC Ultrecht and then moved to PSV until 2013. In July of 2013 a deal worth $17 million transferred Kevin Strootman to Roma in the Italian Serie A league. In a friendly against the Major League Soccer All Stars Kevin Strootman scored and assisted on one goal apiece. In March 2014 he suffered a knee injury against Napoli. He is scheduled to miss the rest of the 2013-14 season, as well as the 2014 FIFA World Cup. Strootman has played for the Netherlands international team since 2008, where he has played on their under-19 and under-21 clubs before being called up to the senior team in 2011. He scored against Hungary in the 2014 FIFA World Cup qualifiers, even though he will not be able to help his country due to injury. He plays at midfielder where his strengths are good vision and balance on the ball. Strootman has been called the Dutch Roy Keane. 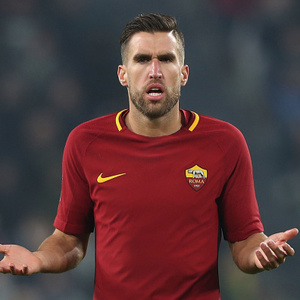