What is Karim Benzema's Net Worth and Salary?

Karim Benzema is a French professional soccer player who has a net worth of $70 million. Recognized as one of the most prolific strikers to ever don a Real Madrid jersey, Benzema is a widely-celebrated figure amidst fans of "Los Blancos." Over the years, Karim has exhibited not only an instinct for goalscoring, but also incredible vision and playmaking ability. He is perhaps best known for his link-up play with other strikers, forming strong partnerships with figures like Cristiano Ronaldo.

Outside of club football, Benzema has also been an important part of the French national team over the years. Despite this, Karim is nowhere near as popular among the French as he is with Madrilenians. A number of scandals have damaged his reputation in his country of birth, and his Algerian roots have also impacted his ability to truly "gel" with the French national team.

Karim Mostafa Benzema was born on December 19th of 1987 in Lyon, France. Although his parents are French nationals, Benzema has Algerian heritage. Raised in a Muslim family alongside seven siblings, Karim observed fasting during Ramadan – a practice that he still continues to this day. Benzema started playing soccer competitively at the age of eight.

After scoring two goals against Lyon's youth team during a U-10 match, Benzema underwent a trial with the French side and won a place in their youth academy. After serving as a ballboy for Lyon's senior matches, Karim scored 38 goals at the U-16 level. He was then promoted to Lyon's reserve team, and in 2004 he joined the team's senior squad.

After performing well, Karim signed a three-year contract with Lyon. Next season, he played in the Champions League for the first time, scoring his first goal in the process. After proving his potential, Karim Benzema won more playing time for the French team and eventually won the role of lead striker. From this point onward, Benzema became a goal-scoring machine with hat-tricks, doubles, and important goals in Champions League matches.

In 2008, Benzema signed a new contract that made him one of the highest-paid soccer players in France. He also became the league's top scorer and was considered for the 2008 Ballon d'Or. This prompted Lyon to put a 100-million euro price tag on the player, as bigger clubs were beginning to display interest in the young striker. 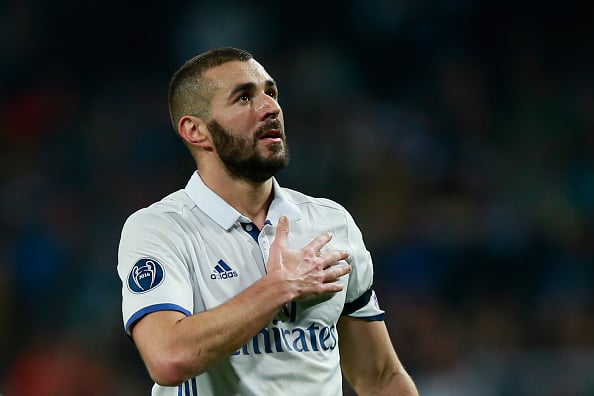 In 2009, Lyon accepted an offer from Real Madrid for Benzema. The Spanish side offered 35 million euros, plus a further 41 million euros in incentives. After signing a six-year contract, Benzema initially appeared as a substitute for Los Blancos, which led to criticisms from the Spanish press. After scoring an important goal, Benzema's standing at the club improved, and he began to integrate with greater efficiency.

However, Benzema fell out of favor once again with the introduction of Jose Mourinho as the new Real Madrid manager in 2010. Mourinho openly stated that he did not think Karim would make a good striker for the team, but injuries later allowed Benzema to slip into the starting 11. Taking advantage of this opportunity, Karim scored a hat-trick in the Champions League and another three goals against Levante in the Copa del Rey. During this period, Benzema also started to link up with Cristiano Ronaldo for the first time.

After winning praise from Mourinho, Karim lost 18 pounds and built up muscle mass during the summer before the 2011-12 season. The effect was considerable, as the French striker netted eight goals in just seven matches. This was the beginning of Benzema's peak as a striker. He later surpassed Zidane's record to become La Liga's top French goalscorer, and over the next few years, he also won the French Footballer of the Year award multiple times.

During the 2013-14 season, Karim was part of an attacking front three that included Cristiano Ronaldo and Gareth Bale. Together, they racked up 97 goals that season. Before the start of next season, Benzema signed a new five-year deal with Real Madrid. His form continued to remain consistent for the most part throughout the next few years, and in 2020 he signed a new contract that would keep him at the club until 2022. Also in 2020, Benzema scored his 250th goal for Los Blancos.

Outside of his club career, Benzema's first major competition for France was Euro 2008. He then followed up by participating in the 2010 World Cup and Euro 2012. Benzema then won a place on the squad during the 2014 World Cup. Controversies and scandals caused Karim to be left out of both the Euro 2016 and the 2018 World Cup. In 2019, Benzema expressed frustration at being effectively expelled from the French national team, and he even suggested he might play for a different nation in the future (such as Algeria).

Karim Benzema has had two children with his wife, Cora Gauthier.

Lack of Support in France

Benzema's international career has been marred by a notable lack of support from the citizens of his home nation. In 2006, he essentially admitted that he would rather be playing with the Algerian national team, but he chose France instead because the team was of a higher quality. This did not go over well with the French fans. In addition, Karim was lambasted for not singing the French national anthem before matches – or at least appearing reluctant to do so.

In 2010, an investigation was launched by French authorities into four members of the national team, one of whom was Karim Benzema. It was alleged that Benzema, along with the other members of the French team, had acted as clients in a prostitution ring. Worse still, Benzema had been accused of paying for the services of a 16-year-old girl. Karim was charged with solicitation of a minor prostitute, although the charges were dropped in 2014 due to a lack of evidence.

In 2015, Benzema was arrested by French police after Mathieu Valbuena had accused him of blackmail. Karim allegedly approached his French teammate with a sex tape that depicted Mathieu in a compromising situation. The general feeling was that Karim had tried to blackmail his teammate in order to win a place on the starting lineup of the French national team, as both he and Valbuena were strikers. This prompted France to suspend Karim Benzema, although his blackmail indictment was later invalidated by French courts. 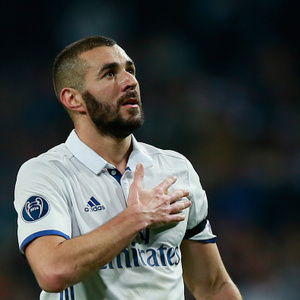