Jorge Campos Net Worth: Jorge Campos is a retired Mexican professional soccer player who has a net worth of $10 million. Jorge Campos was born in Acapulco, Mexico in October 1966. He was a striker and goalkeeper who started his career for Pumas in 1988 where he played until 1995 and scored 31 goals in 183 appearances. 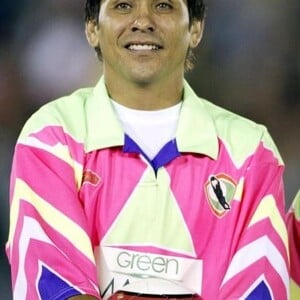