Jordan Henderson was born in Sunderland, England in June 1990. He is a midfielder who spent his youth career with Sunderland from 1998 to 2008. Henderson joined Sunderland's senior team, scoring four goals in 71 appearances from 2008 to 2011. In 2009 he was loaned to Coventry City for 10 games. Jordan Henderson joined Liverpool in 2011 and has scored more than 25 goals in over 260 caps. He has also represented England in international competition at the under-19, under-20, under-21, and senior levels. With Liverpool he won the Football League Cup, the UEFA Champions League, the UEFA Super Cup, and the FIFA Club World Cup. Henderson won the England U21 Player of the Year Award in 2012 and was the Liverpool Young Player of the Year Award winner for 2011-12. He won England Senior Men's Player of the Year in 2019. 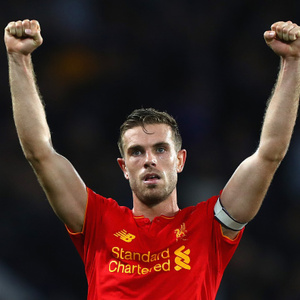