Jonah Lomu net worth: Jonah Lomu was a Kiwi former professional rugby player who had a net worth of $2 million dollars. Jonah Lomu was born in Auckland, New Zealand, and began playing for the New Zealand national team in the Under-19 division, and then the Under-21s. He became the youngest All Black test player ever, when he played his first match against France in 1994.

Though he played only moderately well initially, he came into his own at the 1995 World Cup, where he scored seven tries in five matches. He went on to a stellar career in rugby, repeatedly proving himself to be one of rugby's best Wings. He suffered from nephrotic syndrome for most of his rugby career, and underwent a kidney transplant in 2004. He returned to full-time play a year later, but other injuries made it hard for him to play at the same level he had in his early years. He retired fully in 2007, but has returned on occasion to play charity matches. Unfortunately, Jonah Lomu died on November 18, 2015 at the age of 40 from kidney disease. 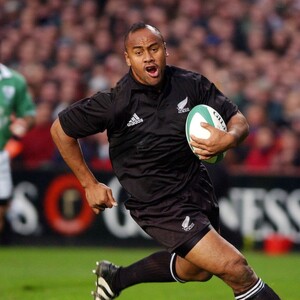