Most notably, he had spent eight years with the team Wimbledon F.C. in which he won the FA Cup in 1988 and scored more than 100 goals in all matches. The other teams for which he played for include Norwich City, Miramar Rangers, Lincoln City, Crystal Palace, Millwall and Aston Villa. In his entire career, John Fashanu scored a total of 134 league goals. Also, he got capped two times at senior level by England, but didn't score on either occasion. Upon his withdraw from the football pitch, he went on to co-host British television show Gladiators in the mid-1990s. Then, not a full decade later between 2003 and 2004, he managed his own Sunday league football side Fash FC on Bravo. 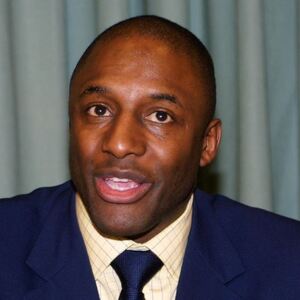