Joe Hart net worth and salary: Joe Hart plays the position of football goalkeeper for the Manchester City Premier League club as well as the England national football team and has a net worth of $30 million. Joe hart has earned his net worth through his years in football. Hart began his career at the age of 15, playing for Shrewsbury Town, as a substitute.

When he was seventeen he played an entire ninety minute match. In the 2005-06 season he was moved up to the first team and won his first England U-19 Cap as a substitute. In 2006 he became the top League Two player in the PFA fan's Player of the Month Award and was also voted the best goalkeeper for League Two which got him a spot in the PFA League Two Team of the Year. In 2006 Hart went on to play for Manchester City and was one of the best in preventing the other team to score, giving Hart a clean sheet through the match. In 2007 he was loaned out to the League One Tranmere Rovers and was later loaned out to Blackpool. Hart played five games with Blackpool and they won all of them. His final game with them was against Swansea City in which Blackpool won 6-3. He later returned to Manchester City and was named the number one goalkeeper by his manager Sven-Goran Eriksson and in 2008 took his place in the Shropshire Schools and Colleges Football Association's Hall of Fame. He played the 2009-2010 season on loan to Birmingham City and was voted Birmingham City's Player of the Year for 2009-10, as well as earning his place in the PFA Team of the Year. Hart later returned to Manchester City and has won several awards such as the Premier League Golden Glove, Manchester City Performance of the Season and many others through his career. Joe Hart was born in Shrewsbury, Shropshire, England in 1987 and attended Oxon Primary School and Meole Brace School Science College in Shrewsbury. 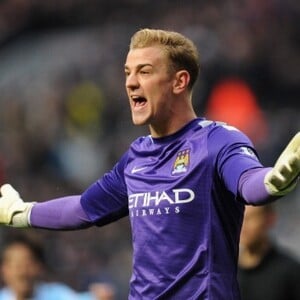