How much is Joe Cole Worth?

Joe Cole net worth and salary: Joe Cole is an English soccer player who has a net worth of $45 million. Joe Cole was born in Paddington, London at November 8th 1981 where he lived until the age of six, when he moved to Somers Town. He went to St. Mary's Bryanston square primary school in Marylebone. Later he attended Haverstock School in London and St. Aloysius College in Highgate. He played his first International game with England U16 where he played in the years 1997-98, then in 1999 he played 5 games for England U18. Through the years 2000-2003 he played for England U21. While at the same time, from 2001 and on, he played with the England National team where he scored 10 goals in 56 apps from 2001 to 2010.

In his club career he started out with the youth team of West Ham, at the time he was said to be the hottest prospect in English football with Manchester united reportedly offering 10 million pounds for him as a 16-year-old. He signed for Chelsea in August 2003 for 6.6 million pounds, his debut was at the 13th of August 2003 against MŠK Žilina. He went on to win 3 BPLs and 2 FA cups with Chelsea. He then signed for Liverpool on a free transfer in July 2010 and debuted on the 5th of August 2010 against Rabotnički. On the 31st of August 2011 he signed for a season loan with Lille where he debuted against Saint-Etienne. After one year at Lille he rejoined Liverpool under a new manager, Brendan Rodgers just to leave again 6 months later returning to his first club, West Ham where he signed an 18 month deal in January 2013. 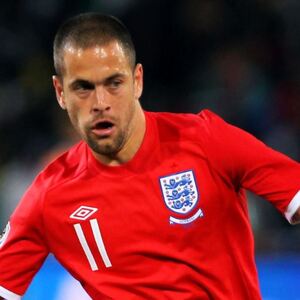