Joao Felix net worth: Joao Felix is a Portuguese professional soccer player who has a net worth of $25 million. He is known for helping Portugal win the 2019 UEFA Nations League.

Joao Felix was born in Viseu, Portugal in November 1999. He is a forward who played his youth career with Os Pestinhas from 2007 to 2008 and Porto from 2008 to 2015 while being loaned to Padroense from 2014 to 2015 and playing for Benfica from 2015 to 2018. Felix started his senior career with Benfica B from 2016 to 2018 where he scored seven goals in 30 appearances. He played for Benfica from 2018 to 2019 scoring 15 goals in 26 caps. Felix began playing for Atletico Madrid in 2019. He has represented Portugal at the under-16, under-18, under-21, and senior levels. He won the Primeira Liga with Benfica. Joao Felix has received many individual honors including Primeira Liga Player of the Month, EUFA Europa League Squad of the Season, CNID Best Revelation Football of the Year, Primeira Liga's Best Young Player of the Year, Golden Globes: 2019 Best Newcomer, Golden Boy, Globe Revelation Player, and more. 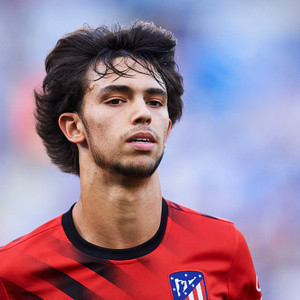