Jerome Boateng net worth: Jerome Boateng is a German professional soccer player who has a net worth of $25 million. Jerome Boateng was born in West Berlin, West Germany in September 1988. He is a defender who spent his youth career with Tennis Borussia Berlin and Hertha BSC. Boateng joined Hertha BSC II from 2006 to 2007.

In 2007 he played with Hertha BSC. Jerome Boateng played for Hamburger SV from 2007 to 2010 and for Manchester City from 2010 to 2011 before joining Bayern Munich in 2011. He has also represented Germany in international competition at the under-17, under-19, under-21, and senior levels. He won the 2009 Euro U-21 Championship and the 2014 World Cup. Boateng was named Football of the Year in Germany for 2015-16. He was selected to the UEFA Team of the Year and the UEFA European Championship Team of the Tournament in 2016. His half-brother is soccer player Kevin-Prince Boateng. 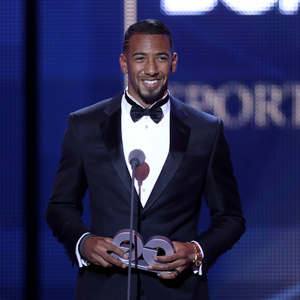