Jeremy Vuolo net worth: Jeremy Vuolo is an American former professional soccer player and a pastor and reality television star who has a net worth of $2 million. Jeremy Vuolo was born in Downingtown, Pennsylvania in September 1987. He married Jinger Duggar in 2016 and has been featured on the reality television series Counting On. As a soccer player he was a goalkeeper who played for the Hartwick Hawks from 2006 to 2009 and the Syracuse Orange in 2010. Jeremy Vuolo played for Reading United from 2005 to 2010 where he appeared in 66 games. He played for AC Oulu in 2011, appearing in 24 games. He signed with the New York Red Bulls in 2012 although he did not make an appearance. Jeremy Vuolo played for the San Antonio Scorpions from 2013 to 2014 and appeared in 20 games. The couple had their first child Felicity Nicole Vuolo in 2018. They moved to Los Angeles, California in 2019 for him to pursue graduate studies at the Master's Seminary. 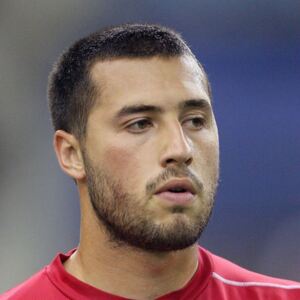