Ivan Rakitic net worth: Ivan Rakitic is a Croatian professional soccer player who has a net worth of $30 million. Ivan Rakitic was born in Mohlin, Switzerland in March 1988. He is a central or attacking midfielder who played for FC Mohlin-Riburg and FC Basel during his youth career. Rakitic made his senior debut in 2005 when he was called up to play for FC Basel until 2007.

He then played for Schalke 04 from 2007 to 2011 where he scored 12 goals in 97 appearances. Rakitic played for Sevilla from 2011 to 2014 and scored 27 goals in 117 caps. He has played for Barcelona since 2014. Rakitic has also represented both Switzerland and Croatia on their under-21 national teams. He joined the Croatian senior side in 2007 and has scored 10 goals in 75 games. He has played in the 2014 FIFA World Cup as well as the UEFA Euro in 2008 and 2012. Rakitic was named both the Croatian Football of the Year and the Croatian Sportsman of the Year in 2015. 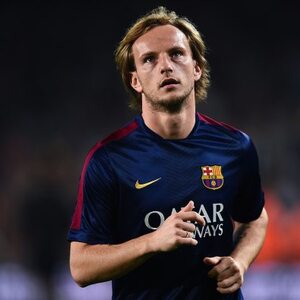