Isaac Cuenca Net Worth and salary: Isaac Cuenca is a Spanish professional soccer player who has a net worth of $10 million. Isaac Cuenca was born in Reus, Spain in April 1991. As a youth Cuenca played for Espanyol, Barcelona, Reus, CF Damm, and returned to Barcelona. He was called up to Barcelona B in 2010 and made his official debut in 2011 and scoring the last goal in his first match.

He was loaned to Sabadell and then played for Barcelona's main squad. In 2013 he was loaned out to Ajax. Isaac and Barcelona reached an agreement in July 2014 to rescind his contract for technical reasons. He signed a one year deal with Deportivo de La Coruna the same day. Cuenca won the FIFA Club World Cup with Barcelona in 2011 and the Copa del Rey in 2011-12. He won the Eredivisie with Ajax in 2012-13. Cuenca is a forward or winger and represented Spain's under-21 and under-23 teams. He joined Catalonia in international competition in 2011. His career has been plagued by knee injuries to date. He has scored 10 goals in 73 career appearances. 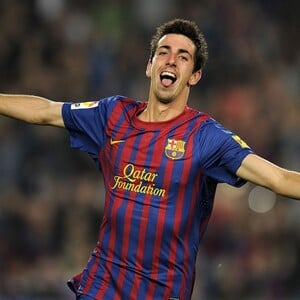