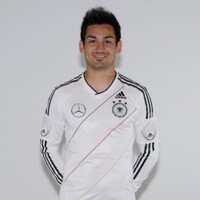 What is İlkay Gündoğan's Net Worth and Salary?

Ilkay Gundogan is a German professional football player who has a net worth of $45 million. İlkay Gündoğan is known for playing for Manchester City as well as the German national team. Previously, he played for the clubs 1. FC Nürnberg and Borussia Dortmund, helping the latter reach its first UEFA Champions League Final in 16 years. Among his other achievements, Gündoğan won the Premier League in 2018, 2019, and 2021, and won the FA Cup in 2019.

İlkay Gündoğan was born on October 24, 1990 in Gelsenkirchen, Germany to Turkish parents. His paternal grandfather had moved from Turkey to Germany's Ruhr region to work as a miner, while his paternal grandmother stayed in Turkey. In 1979, Gündoğan's father moved to Germany.

Gündoğan started playing football early on. From 1993 to 1998, he began his youth career with SV Gelsenkirchen-Hessler 06. Following this, he spent a year with Schalke 04. Gündoğan returned to SV Gelsenkirchen-Hessler 06 from 1999 to 2004, after which time he went to SSV Buer. In 2005, he began playing in the youth academy of VfL Bochum, and in 2008, played for the club's reserve side. 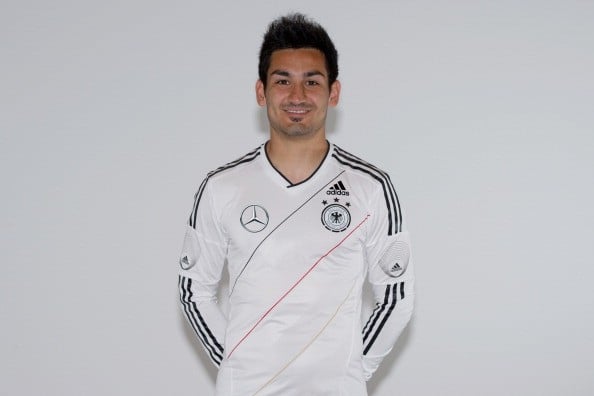 Gündoğan signed a four-year contract with Borussia Dortmund in 2011. He went on to make his debut for the club in the DFL-Supercup against Schalke 04. Although Gündoğan scored in a penalty shootout, Schalke ended up winning. Later in the year, Gündoğan scored his first goal for Dortmund in a 4-1 win over SC Freiburg. Another highlight was in March of 2012, when he scored a goal at the 120th minute to beat Greuther Fürth, sending Dortmund to the DFB-Pokal final. In the final, Dortmund won its first domestic double by beating Bayern Munich 5-2. Gündoğan soon became a dominant player on the team. In the 2012-13 season, he was instrumental in leading Dortmund to the UEFA Champions League Final, the club's first in 16 years. Scoring the equalizer from the penalty spot in the 69th minute, Gündoğan helped Dortmund stay in the game. However, Bayern Munich ended up winning 2-1.

In July of 2013, Gündoğan scored in the DFL-Supercup, helping Dortmund win 4-2 against Bayern Munich. The following month, he suffered a back injury that sidelined him for a year. Gündoğan later signed a new contract with Dortmund to remain with the club until 2016; he was ultimately able to get this extended until 2017.

Gündoğan signed a four-year contract with Manchester City in 2016. He made his debut at home in a UEFA Champions League group stage game, which Manchester won 4-0 over Borussia Mönchengladbach. Days later, Gündoğan scored in another 4-0 victory, this time over AFC Bournemouth. Yet another 4-0 win came the next month against West Bromwich Albion. Gündoğan continued his hot streak with two goals in a 3-1 victory over Barcelona in the Champions League group stages. However, a month later, he sustained knee ligament damage in a Premier League match and was sidelined for the rest of the season. He returned in September of 2017 for his first Manchester City game in nine months, which was a 6-0 win. Gündoğan scored his first goal of the season a few months later in a 4-1 victory over Tottenham Hotspur. Early in 2018, he helped City rout FC Basel 4-0 in the Champions League. Shortly after this, Gündoğan set two Premier League passing records in a single game, with most passes attempted at 174 and most passes completed at 167.

Gündoğan signed a new four-year contract with City in 2019. The following year, he scored his first Premier League goal of the season in a 1-1 draw with West Bromwich Albion in December. Gündoğan had another highlight in February of 2021 when he scored a brace in a 4-1 win against Liverpool, marking City's first victory at Anfield in 18 years. He was subsequently named Premier League Player of the Month, a title he received again in March. Gündoğan finished the season as City's highest Premier League goalscorer, with 13 goals.

Gündoğan made his debut on the German national team in 2012, coming on as a substitute in the last six minutes of a 3-1 victory over Belgium in a UEFA Euro qualifying match. The next year, he scored his first goal for Germany in a 4-1 win against Kazakhstan in a FIFA World Cup qualifier. Unfortunately, a back injury soon took Gündoğan out of the 2014 World Cup, which Germany went on to win. He later played in Euro 2016 and Euro 2020.