Ibrahim Afellay Net Worth and salaru: Ibrahim Afellay is a Dutch professional soccer player who has a net worth of $10 million. Ibrahim Afellay was born in Utrecht, Netherlands in April 1986. He played his youth career from USV Elinkwijk from 1990 to 1995 and for PSV from 1996 to 2003. In 2004 he was called up the PSV Eindhoven senior side. During his eight seasons with PSV he scored 35 goals for the club. In 2011 Afellay was transferred to FC Barcelona for $3 million Euro. Ibrahim was loaned out to Schalke 04 in 2012-2013 and to Olympiacos in 2014. He has represented the Netherlands in international competition since 2007. He played in the Euro 2008 and 2012 tournaments as well as the 2010 World Cup. He won the La Liga in 2010-11 as well as the UEFA Champions League. IN 2011 he won the Supercopa de Espana, UEFA Super Cup, and FIFA Club Would Cup, and the Copa del Rey in 2011-12. In 2007 Afellay was named the Dutch Football Talent of the Year. Ibrahim plays as an attacking midfielder or winger. 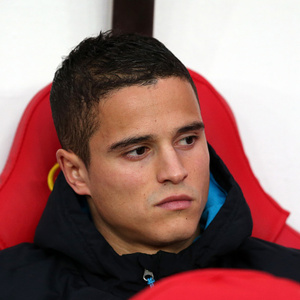