Hugo Sanchez net worth: Hugo Sanchez is a Mexican football coach and and former football player who has a net worth of $15 million. He played for four European clubs, including Real Madrid. He was also a member of the Mexico national team, and participated in three World Cups. His playing position was as a striker and his trademark was to perform a celebratory somersault after each goal he scored, honoring his sister, who was a gymnast and participated in the Montreal Olympics. Sanchez retired from Spanish football on May 29, 1997, playing with Real Madrid at the Santiago Bernabeu stadium-the stadium that witnessed most of his glory throughout his career.

His last official game was in the 1998 World Cup preliminaries where he just touched the ball as a symbol of his retirement. In 1999, the IFFHS voted him the 26th best footballer of the 20th century, and the best footballer from the CONCACAF region. As a coach, he won two championships as head coach of the club Pumas de la UNAM and briefly with Club Necaxa, both teams in the Mexican Primera Division. He also had a sixteen-month stint with the Mexican national team, but was fired in 2008. Sanchez was appointed as the official FIFA/SOS Ambassador for Mexico, joining Wayne Rooney (Ambassador for England), Ruud van Nistelrooy (Netherlands), and fifty others in fund raising for the official 2006 FIFA World Cup Charity. Sanchez is the son of Hector Sanchez, who played for Asturias and Atlante. Hugo Sanchez is married to Isabel Martin and has two children, a son and an older daughter from his previous marriage. His son, Hugo Sanchez Portugal was a football player and has played in UNAM Pumas like him. 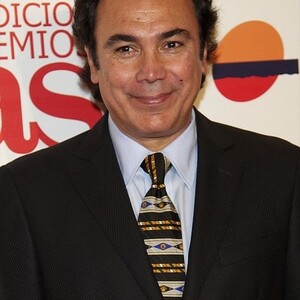