Hugo Lloris Net Worth: Hugo Lloris is a French professional soccer player who has a net worth of $30 million. Today he serves as a goalkeeper for the English club Tottenham Hotspur in the Premier League and he is also the captain of the France national team. Lloris was born in Nice, France in 1986.

He started his soccer career at the young age of 6. After trying to be an attacker, he settled in as a goalkeeper. At just ten years old Hugo Lloris joined Nice's youth academy. He became the starting goalkeeper on the under-17 team that went on to win the 2003-04 Championnat Nationaux des 18 ans. He went to play with Nice's reserve club and then eventually up to Nice. Lloris then went on to play for Lyon from 2008 to 2013. In August of 2012 Hugo Lloris signed with Tottenham Hotspur for $10 million and $5 million variable. He is a French international soccer player and played on the under-18, under-19, and under-21 French teams. Ever since he started playing for France at the senior level, he has helped his country qualify for the 2010 FIFA World Cup and captained the team. Lloris has won the National Union of Professional Footballers Ligue 1 Goalkeeper of the Year three times. While playing for Nice Hugo's mother passed away. He gained national notoriety by refusing a bereavement leave two days after. Instead he chose to play a league match for his team and turned in a respectable performance. 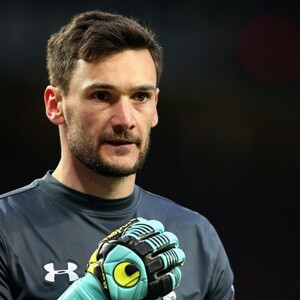