Hidetoshi Nakata net worth: Hidetoshi Nakata is a Japanese retired professional soccer player who has a net worth of $28 million dollars. Hidetoshi Nakata was born in Kofu, Yamanashi, Japan in January 1977. Nakata is considered to be one of the most popular Asian soccer players of his time. He started playing professionally in 1995 at the age of 18 with Bellmare Hiratsuka. He became the second Japanese player to appear for Italy's Serie A in 1998 when he joined Perugia. He also played for Roma, Parma, Bologna, Florentina, and Bolton Wanderers. Nakata played for the Japanese national team from 1991 to 2006, playing on their Under-17, Under-20, Under-23, and senior teams. In 1997 and 1998 he won the Asian Football Confederation Player of the Year award. He won the Scudetto with A.S. Roma in 2001. Nakata played for Japan in three FIFA World Cups and two Olympics. In 2004 he was named by Pele as one of the top 100 living footballers. He received the Knight of the Order of the Star of Italian Solidarity in 2005. In 2006 Nakata retired at the age of 29. He was nominated for Ballon d'Or three times and FIFA World Player of the Year four times. He serves as an editor-at-large for Monocle magazine. 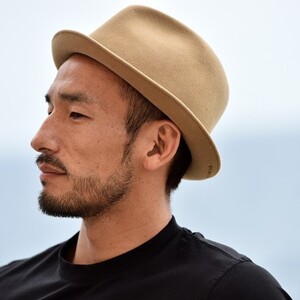