He made his debut for Pachuca's senior squad in 2011 and played for until 2013, scoring two goals in 52 appearances. Hector Herrera joined Porto in 2013 and has scored more than 20 goals in more than 150 caps. He has also represented Mexico in international competition at the under-23 and senior levels. Hector Herrera was the Porto Player of the Year in 2014-15 and the 2017 FIFA Confederations Cup Assist Leader. He was named to the Primeira Liga Team of the Year in 2017-2018. And was CONCACAF Best XI in 2017 and 2018. 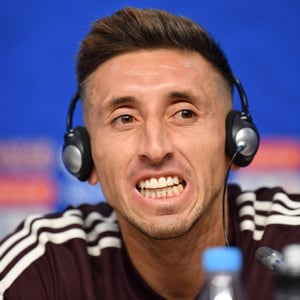