Guy Roux Net Worth: Guy Roux is a French former professional soccer player and manager who has a net worth of $10 million. Guy Roux was born in Colmar, France in October 1938. He is known for managing the French team AJ Auxerre for over 40 years. As a player Guy played for AJ Auxerre from 1951 to 1961. He then took over as manager for the club. He led the team to the Coupe de France final in 1979 and moved them up from Championnat National to Ligue 1 in 1980. In 1995-1996 Auxerre won the Ligue 1 title. They also won the Coupe de France in 1993-94, 1995-96, 2002-03, and 2004-05. He also led the team to an Intertoto Cup and to the 1992-93 UEFA Cup Semi-Final. He coached soccer stars such as Laurent Blanc, Basile Boli, Eric Cantona, Dijbril Cisse, Alain Goma, Teemu Tainio, and Philippe Mexes. Roux retired from managing the team in 2005. He came out of retirement in 2007 with Lens but only coached four matches. He holds the French record with 894 games managed. Roux was named Ligue 1 Manager of the Year in 1996. 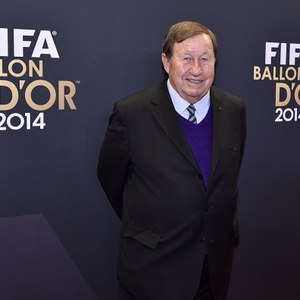