Gordon Smith net worth and salary: Gordon Smith is a former Scottish footballer who has a net worth of $9 million. Smith was born in Kilwinning, Scotland on September 29,1954 and is best known for his roles as forward and midfielder for the Rangers as well as Brighton & Hove Albion. Smith's senior career includes team Kilmarnock, Rangers, Brighton & Hove Albion, Manchester City, Oldham Athletic, Admira Wacker, FC Basel, and Stirling Albion. Since retiring from professional football, Smith has operated as an agent and BBC football pundit before being named chief executive of the Scottish Football Association. He resigned on April 19, 2010, and continued on as director for the Rangers during the 2001-2012 season. Otherwise known as "Casper" for his signature playing style of almost invisibly moving past defenders in the game, Smith won the domestic treble during his first season with the Rangers after scoring 27 midfield goals. During his career, Smith competed in the 1982 Scottish League Cup Final and the 1983 FA Cup Final. Since his professional football stint, Smith has published an autobiography called And Smith Did Score, and has donated proceeds from the book to children's charities. Despite his athletic and administrative success, Smith declared bankruptcy after leaving his role as director of the Rangers in 2012. 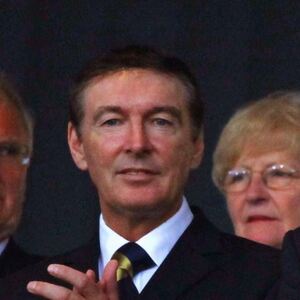