Goran Pandev net worth: Goran Pandev is a Macedonian professional soccer player who has a net worth of $5 million. Goran Pandev was born in Strumica, SFR Yugoslavia in July 1983. He is a forward who made his professional debut in 2000 for Belasica where he played until 2001. From 2001 to 2004 Pandev played for Internazionale. 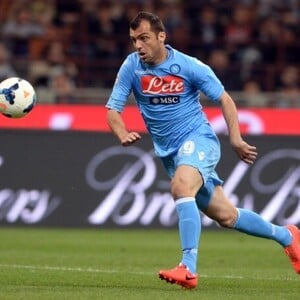