Gonzalo Higuain net worth and salary: Gonzalo Gerardo Higuaín is a French-Argentine footballer who has a net worth of $16 million. Gonzalo Higuaín, known as "El Pipita" due to his father being known as "Pipa" was born on Brest, France on December 10, 1987. He currently plays as a striker for Napoli and the Argentinian national football team.

Higuaín and his family left France to go to Argentina when he was only 10 months old. He held French nationality because his father, being Argentine, had been naturalized as French when El Pipita was born. Higuaín does not speak French but hold a French passport and an Argentinian one as he was legally naturalized Argentinian in 2007. He started his career playing for Argentinian team River Plate on May 29, 2005 against Gimnasia y Esgrimala Plata. In December 2006, Higuaín was acquired by Real Madrid for €12 million. His debut in La Liga (Spanish football league) was on January 11, 2007, although his first goal was against Atlético de Madrid on February 24 on a game that ended up tied at the Estadio Vicente Calderón. Higuaín played during seven seasons for Real Madrid. Even though he was sometimes an irregular player, El Pipita assisted and made goals at important games for Real Madrid. In several seasons he had a very good goal count, even beating his teammate Cristiano Ronaldo. On June 1, 2013, Higuaín confirmed that he would be leaving Real Madrid. As a free agent, he was sought for by teams Arsenal and Napoli. He presently plays for the Napoli football club. Higuaín was selected by Coach Diego Maradona for the last two games of the World Cup South Africa 2010 qualifiers. As Argentina qualified for the World Cup, he was called in to play during the World Cup with the team he had chosen to play for: Argentina. A very skilled striker, El Pipita became South American highest goal scorer of the World Cup qualifiers.

He is expected to be called for the 2014 World Cup in June. 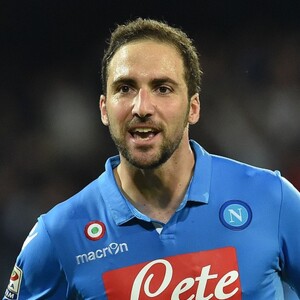