Glen Johnson net worth and salary: Glen Johnson is a well-known English footballer who has a net worth of $16 million. Born Glen McLeod Cooper Johnson in August 23, 1984, in South East London, UK, Johnson grew up in Kent. Johnson was given his mother's name after her separation with her partner. The defender was named after the former midfield player Glenn Hoddle. Johnson acknowledges that it thanks to his mother that he can play football as a professional. Johnson went to Temple Hill Primary School, and even though their start was rough, once his mother passed her driving test, he could attend football practice every week. Johnson started as a West Ham United player and moved to Chelsea for a fee of £6 million and he made a total of 68 appearances. On August 31, 2007, Johnson signed with Portsmouth for a lesser fee of £4 million. He won the FA cup in 2008 at Wembley. In 2009, Johnson was bought by Liverpool for a substantial amount of money. He debuted in Liverpool playing against the St Galen.

Johnson has been described as a "winner" who has a raw defending style that allows him to get forward. He has a good pace and can be attack-minded. In 2007, he was arrested with a partner trying to steal a toilet seat, he was consequently released and had to pay a fine of £80. In 2007, he set up a soccer school with a former West Ham United co-player, Sam Taylor. Based in the area where he grew up, Johnson's focus is to scout talent, train and develop them. He already has a former student at West Ham United. 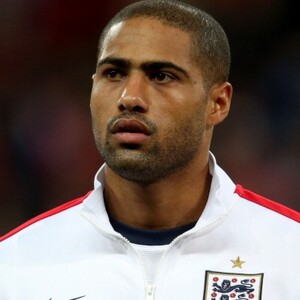