Gerd Muller net worth: Gerd Muller is a German former professional soccer player who has a net worth of $20 million. Gerd Muller was born in Nordlingen, Germany in November 1945. He was a striker who played his youth career for 1861 Nordlingen. Muller played for 1861 Nordlingen's senior team from 1963 to 1964. From 1964 to 1979 he played for Bayern Munich where he scored 398 goals in 453 appearances. Muller finished his career with the Fort Lauderdale Strikers from 1979 to 1981 where he scored 38 goals in 71 caps. Muller also represented West Germany in international competition. Since 1992 he has served as the assistant manager for Bayern Munich II. Muller is known as one of the greatest goal scorers of all time. He was named European Football of the Year in 1970 and scored 10 goals at the 1970 World Cup. For 32 years he was the all-time goal-scoring leader in the World Cup with 14 goals. Pele named Muller to his list of FIFA 100 world's greatest living players in 2004. 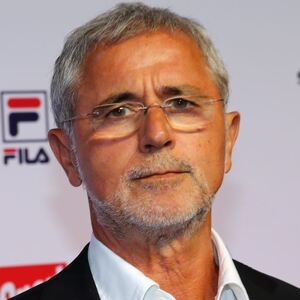