What is Gerard Piqué's Net Worth and Salary?

Gerard Piqué is a Spanish professional footballer who has a net worth of $80 million. A long-standing defender for Barcelona FC, Piqué has enjoyed plenty of incredible moments during his soccer career. He is recognized as one of the top defenders in the world. Gerard has also been a frequent addition to the Spanish national team. He was part of the squad that won the 2010 World Cup and the 2012 Euro Cup.

Outside of professional sports, Gerard is known for dating pop superstar Shakira from 2011 to 2022.

Gerard Piqué Bernabeu was born on February 2nd of 1987 in Barcelona, Spain. Raised in a Catalan family, Gerard has strong ties to the local culture and Barcelona FC from a very young age. His grandfather was once the vice-president of Barcelona FC. Because Piqué has such close ties to Catalan culture, he was quite supportive of the prospect of Catalan independence during the 2017 referendum. As a result, numerous fans of Spanish soccer criticized him for his somewhat controversial opinions. As a boy, Gerard Pique joined FC Barcelona's youth team, playing as a defensive midfielder. However, before he was offered a contract with his hometown club, he joined Manchester United on a free transfer.

Piqué first started playing for Manchester United in 2004. For the next few years, he typically appeared as a substitute and replaced members of the first team who were injured. His impressive performances earned him a new contract, but he was eventually lured back to the Spanish La Liga by Real Zaragoza. However, this was only for a one-season loan, and in 2007 he returned to England to continue playing for Manchester United.

He subsequently made more appearances for Manchester United and played his first Champions League match. Although Piqué became a promising figure for the Red Devils and was scoring numerous goals, the inevitable occurred in 2008. Barcelona FC came to Old Trafford and asked him to come home, and Gerard couldn't say no. He was signed on a 5 million pound transfer.

Right from the get-go, Piqué's form was impressive. Not only was he a solid defensive figure, but he also continued to score goals for his new club. In 2009, he helped Barca win the Copa del Rey. That year, he also defeated his old club Manchester United in the Champions League, completing the treble for Barcelona FC. He signed another contract with the club and continued to achieve great things, beating Manchester United a second time at the 2011 Champions League final. By 2014, Piqué had signed another contract extension with the club, which meant that he would stay at Barca till 2019.

In 2015, Piqué won the Champions League a third time with Barcelona, beating Juventus. By accomplishing this, Piqué became one of only 8 players who have ever accomplished the treble with the same club twice. Barcelona is the only team to have achieved this feat. However, Barcelona's golden age eventually transformed into a downward spiral. By the late 2010s, the club was a shadow of its former self. Piqué was among many of the club's aging superstars, and the squad was over-reliant on Messi to save the day. 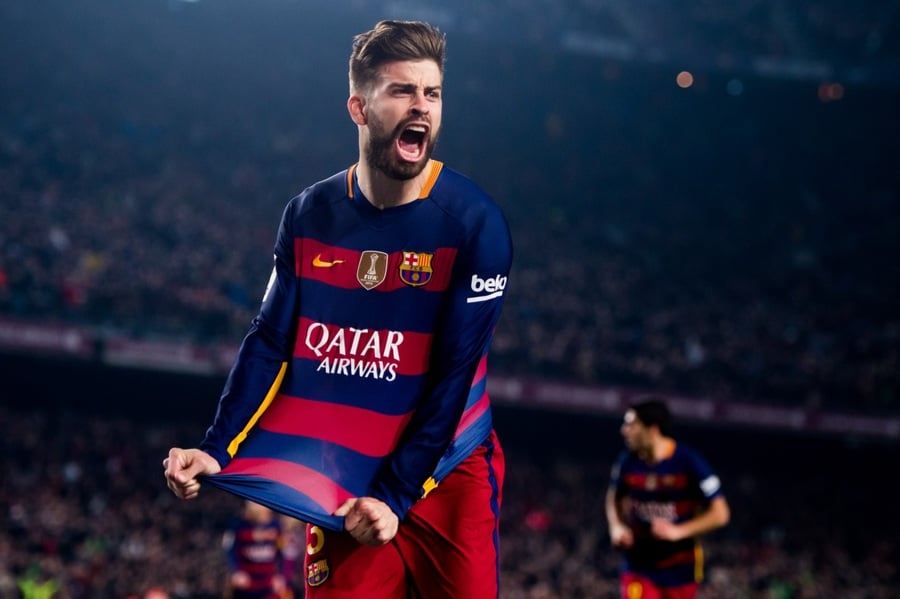 This downward spiral culminated in 2020 when Barcelona suffered a humiliating 8-2 loss against Bayern Munich in the Champions League quarter-final. That year, they also lost the league title to Real Madrid. It became obvious to the world that the entire club needed to be transformed from the ground up. Rumors started to fly that Messi was leaving, and Piqué publicly stated that the club had hit rock bottom. Gerard also stated that if the club needed to be transformed, he was willing to step away and let a new generation of players take his place. As of 2020, there was considerable speculation about whether Piqué would stay at Barcelona FC.

In terms of international tournaments, Piqué first played for the Spanish national team in 2009. In 2010, he played alongside Puyol at the World Cup and won the tournament. In 2012, he played every single minute of every game at the Euro Cup, and Spain won the final against Italy with a 4-0 victory. He spent the next few years as an integral part of the Spanish national team before retiring from international football in 2019.

Piqué is the founder and president of Kosmos Holding, an investment group that signed a $3 billion partnership with the International Tennis Federation to transform the Davis Cup. In 2018, billionaire Larry Ellison joined the Kosmos group. Using this investment company, Piqué has purchased two Spanish clubs: FC Andorra and Gimnàstic Manresa.

In 2019, Gerard Piqué was exposed for image rights fraud by the Spanish government. He allegedly pretended to hand over his image rights to a phony company in a ploy to pay fewer taxes between 2008 and 2010. As punishment, he was ordered to pay the tax authorities over 2 million Euros.

Piqué first met Shakira in 2010 when he appeared in her music video for the single "Waka Waka (This Time for Africa)," which was the official song of the 2010 World Cup. They started dating in 2011, and they later had two children together. Unfortunately they split up in June 2022.

In 2015, Piqué and Shakira purchased a mansion in Barcelona for 5 million Euros. Located in the Pedralbes district of the historical Spanish city, the villa offers 1,500 square meters of living space. The mansion also sits on multiple acres of private gardens. The outdoor space also features a swimming pool and a waterfall, and the gardens are kept private by dense trees. That being said, the three-story home also offers incredible views of the city below. 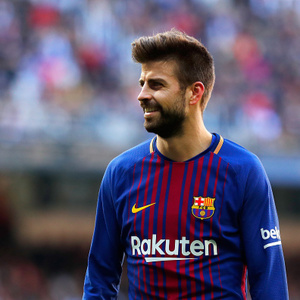