George Best net worth, salary and career earnings: George Best was a Northern Irish professional soccer player who had a net worth of $250 thousand at the time of his death in 2005. At the peak of his career in the late 60s, George was earning around $150 thousand per year which is the same as around $1 million per year from salary and endorsements, after adjusting for inflation. His name and image appeared on more than 80 different products from cereal to shoes. Unfortunately, according to George himself, he blew 90% of his money on "women, drink and fast cars."

After he died, he left behind an estate worth 138,000 pounds to his son Calum Best. George Best was born in Belfast, Northern Ireland in May 1946 and passed away in November 2005. He was a winger and attacking midfielder who played his youth career with Manchester United. Best played for Manchester United's senior team from 1963 to 1974 scoring 137 goals in 361 appearances. Some of his other notable stops include playing for the Los Angeles Aztecs, Fulham, the Fort Lauderdale Strikers, Hibernian, the San Jose Earthquakes, and the Northern Ireland national team. During his senior career he has 2017 goals in 586 games and he scored 9 goals for his country in 37 caps. Best won the European Cup playing Manchester United in 1968 and was awarded European Footballer of the Year and FWA Football of the Year. He was named to the FIFA 100 list and inducted into the English Football Hall of Fame. George Best passed away on November 25, 2005 at 59 years old after suffering many years to debilitating liver problems brought on by decades of alcoholism. 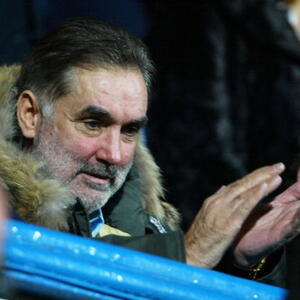