Gary Neville net worth and salary: Gary Neville is an English soccer coach, former professional soccer player, and businessman who has a net worth of $25 million. Gary Neville was born in Bury, England in February 1975. He was a right back who spent his youth career with Manchester United. Neville played for Manchester United  from 1992 to 2011 appearing in 600 games.

He also represented England in international competition. He began managing England as an assistant coach in 2012 until 2016. Neville managed Valencia from 2015 to 2016. He is a co-owner of the Salford City club. Gary Neville worked as a commentator for Sky Sports. During his career he won 20 trophies which includes eight Premier League titles and a pair of Champions League titles. He represented England in two World Cups and three European Championships. His brother Phil Neville is a former soccer player and his sister Tracy Neville is a former netball player. Phil and Gary both own 10% of Salford City. 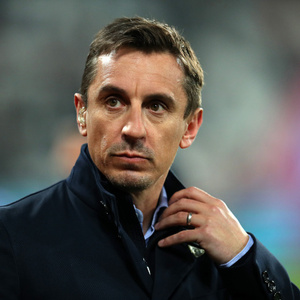