Gareth Bale net worth and salary: Gareth Bale is a Welsh football (soccer) player who has a net worth of $145 million. Known for his phenomenal speed and technical abilities, Bale is considered one of the most exciting strikers in the world of football. He started his career as a defender, but it quickly became clear that Bale belonged at the forefront of the attack. He performed well with Tottenham before making a record-breaking transfer to Real Madrid. Although he continued to wow fans in Spain, Gareth never truly found his place on the Spanish side. In 2020, he returned to his old club, Tottenham, on a loan spell.

Outside of club action, Bale has been an integral part of the Welsh national team, leading them to good results at the Euro Cup and the World Cup. He has now scored more goals for his country than any other Welshman. Today, Gareth Bale is considered one of the most famous athletes in the world.

Early Life: Gareth Frank Bale was born on July 16th of 1989 in Cardiff, Wales. While playing soccer at age nine, he was spotted by scouts from Southampton. His uncle is Chris Pike, a footballer who once played for Cardiff City. During his high school years, Bale played rugby, hockey, and track and field. His speed was obvious even at this young age, and at 14 years old he reportedly ran the 100-meter sprint in 11.4 seconds.

Career: Bale had his debut for Southampton at the age of 16, becoming the second-youngest to play for Southampton. He had a bright start, scoring many goals and establishing himself as a free-kick specialist. By 2007, he had attracted the attention of major clubs, such as Tottenham. That year, he signed a four-year deal with the London club and continued to score goals in stunning fashion.

By the 2010-2011 season, Gareth was scoring hat-tricks for Tottenham. He also scored his first Champions League goal during this period. Despite considerable interest from bigger clubs, Bale reiterated his desire to stay at Tottenham. After seeing out the last few years of his contract, Bale signed for Real Madrid in 2013.

Unfortunately, things did not go to plan after the Welshman's arrival in Spain. His first season was hampered by injuries. That being said, he put in some positive performances and continued to score. One of his highlights was a stunning winning goal against Barcelona in the 2014 Copa del Rey Final. However, both Spanish fans and media eventually turned on Bale, and he was booed on several occasions.

In 2018, Bale scored two goals to help Real Madrid win the Champions League final against Liverpool. He subsequently retreated to the sidelines for the next two years, with little play time. He was said to have disagreed with manager Zinidine Zidane. In 2020, he returned to Tottenham on loan.

Relationships: For many years, Gareth Bale has been in a long-term relationship with his high school sweetheart, Emma Rhys-Jones. Their first child was born in 2012, and they welcomed a second child into the world in 2016. In 2016, Bale and Rhys-Jones became engaged. In 2018, the couple had a third child.

Brand Endorsements: In addition to his $25 million annual salary, Bale earns an estimated $9 million from endorsements. Between June 2017 and June 2018, Gareth earned $35 million from his salary plus endorsements. In 2013, he made a shrewd decision by trademarking his heart-shaped goal celebration along with his number-11 shirt for future official merchandise. Bale is a regular addition to soccer video games such as FIFA.

Some of his most notable brand endorsements have been with Adidas, Lucozade, EA Sports, and BT Sport. In 2014, he received 5 million pounds more through brand endorsements than he did from his Real Madrid salary. Bale also earns significant income through his Instagram page. At $185,000 per sponsored post, he is second only to David Beckham in this regard.

Real Estate: In 2013, it was reported that Gareth Bale was renting the former residence of renowned Brazilian footballer Kaka. The 1,500-square-meter mansion sits in the La Finca area west of Madrid. It is unclear how much Bale was paying per month, although this was almost certainly a temporary living space – seeing as he had just arrived in Spain that year.

Also in 2013, Bale seemed to cut ties with his English past by putting his Mansion in London up for sale. He put the five-bedroom property up for sale for 2.2 million pounds. In 2018, Gareth purchased a 250,000-pound home for his future sister-in-law. This woman is the sister of Emma Rhys-Jones, and she was left in poverty after her partner killed himself. He left her with two children. Bale purchased a home in Cardiff for the single mother, and he also bought her a car.

In 2019, Bale fueled rumors about a potential return to England when he purchased a home in Manchester. Immediately, various media sources assumed that he was on the verge of signing a contract with Manchester United, although that never came to be.

Footballing Contracts: After proving himself at Southampton, Bale moved to Tottenham in 2007 for a transfer fee of 7 million pounds. Gareth transferred to Real Madrid in 2013 for a record-breaking 85.3 million pounds. At the time, this was the largest amount ever paid for a football player – breaking Cristiano Ronaldo's previous record (who also signed for Real Madrid).

Years later, Bale signed a contract extension that was intended to keep him at the Bernabeu until 2022. This contract paid the Welsh striker $33 million per year – enough to make him one of the highest-paid soccer players in the world. After a series of conflict-ridden years at Real, Bale transferred back to Tottenham in 2020. Although this was only a loan deal, his return to Spain seemed likely after he completed the transfer. 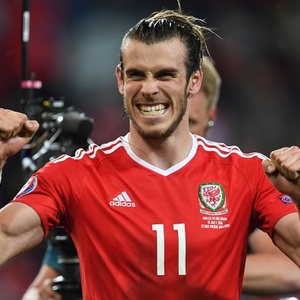