Gael Clichy net worth: Gael Clichy is a French soccer player who has a net worth of $9 million. He plays as both a left-back and wingback. Gael Clichy was born in Toulouse, France on July 26, 1985. From 2002-03, Clichy played for Cannes, appearing in 15 matches. In 2003 he joined Arsenal, and remained with the club until 2011, playing in 187 matches.

Since 2011, he's been a member of Manchester City. Internationally, Clichy plays for France's team. His first professional international season was in 2008. Gael Clichy has earned numerous honors, as well. At the club level, Arsenal won the 2003-04 Premier League title, the FA Community Shield in 2004, and the FA Cup in 2005. With Manchester City, Clichy won the Premier League in 2011-12 and the FA Community Shield in 2012. Internationally, Clichy and France won the Toulon Tournament in 2004. He was a member of the PFA Team of the Year in 2007-08. At the age of 15, Clichy suffered an accident that ripped the skin off his ring finger on his right hand–during the ensuing operation to repair the damage done, Clichy's heart actually stopped beating for 15 seconds. The doctor referred to the recovery as a miracle, and Clichy continues playing to this day. 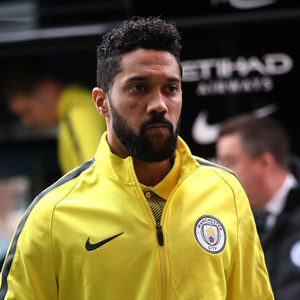