Fred Net Worth: Fred is a Brazilian professional footballer (soccer player) who has a net worth of $12 million. Frederico Chaves Guedes (aka Fred) was born October 3, 1983 in Teofilo Otoni, Mias Gerais, Brazil. He is currently a striker for Campeonato Brasileiro Série A club Fluminense and also played for the Brazil national team.

Best known by his nickname, Fred, he is known for scoring the fastest goal in professional football history during his time at America Mineiro against Vila Nova, a goal that took no more than 3.17 seconds after the sound of the whistle, marking the start of the game. Fred signed with Atletico Mineiro at the early age of 5, playing at every age level for the club and eventually breaking into the senior side at the age of 19. He played there for four seasons, making 29 appearances and scoring 9 goals. In 2004, he then moved to Brazilian Powerhouse Cruzeiro, where his goal-scoring continued as he managed 40 goals in 43 appearances. In 2005, defending Ligue 1 Champions, Lyon came knocking on his door with a transfer fee of a reported $20 million. After playing 15 out of a possible 20 games in the 2008-09 campaign for Lyon and managing only 2 goals, Fred requested the club release him. The club agreed and Fred was released of his contract in February of 2009. He then went back to Fluminese, proving to be an immediate asset. Fred made his international debut in April 2005 and proceeded to be named as part of the 2006 World Cup in Germany. He was also a part of the team that won the Copa America in 2007. Fred helped Brazil earn the Confederations Cup in 2013, scoring an impressive 5 goals throughout the tournament. 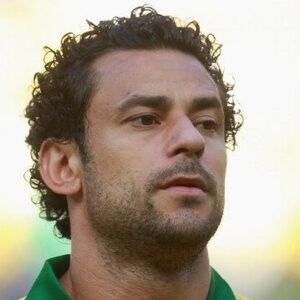