Lampard started his professional career with the English club West Ham United, in which he assured a place in the first team by 1998. Only one year later, he helped the team place fifth in the Premier League, their highest Premier League placing to date. It was in 2001, when he moved to the rival London club Chelsea for £11million. Since his debut with the team, he has been ever-present in the Chelsea first team and made 164 consecutive Premier League appearances (a record for an outfield player). Also, he is the club's vice-captain and all-time leading goalscorer. In 2008, he signed a new lucrative contract that made him the highest-paid footballer in Britain. That deal has steadily risen over the years reaching today's point of £140,000 a week (£7.3m a year). Since, he has scored his first Champions League Final (1998) and won a second FA Cup winners' medal (2009). In the 2009-10 seasons Lampard played a key role in securing Chelsea's first league and FA Cup Double, while in 2012, he captained the club to their first UEFA Champions League success, and a year later to their first UEFA Europa League title. Among all the accolades that he has fetched so far, Frank Lampard also has become England's most prolific penalty taker with nine goals, and was named the 49th highest earning athlete in the world in June 2011. 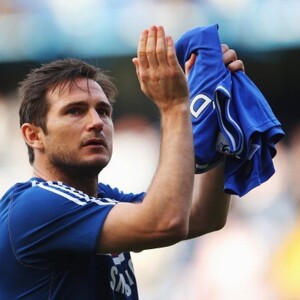