Francis Lee net worth: Francis Lee is an English retired professional soccer player and businessman who has a net worth of $18 million. Francis Lee was born in Westhoughton, Lancashire, England in 1944. Francis Lee's soccer career spanned the 1960s and 1970s, during which he made 27 appearance on the England National Team from 1968-1972.

Lee played forward and won League Championships with Manchester City and Derby. Francis Lee scored over 200 goals in his career. He also has the record for the largest amount of penalties scored in one season, a dubious feat that earned him the nickname Lee Won Pen. Francis Lee played for three team during his professional soccer career. He played for the Bolton Wanderers from 1959-1967, Manchester City from 1967-1974, and Derby County from 1974-1976. Francis Less was inducted into the English Football Hall of Fame in 2010. After Francis Lee retired from soccer, he started F.H. Lee Limited, a paper recycling business exclusively involved in making toilet paper. This made him a millionaire and in 1994, he became the major shareholder as well as chairman of Manchester City. In 1998 he sold his stakes in the team. 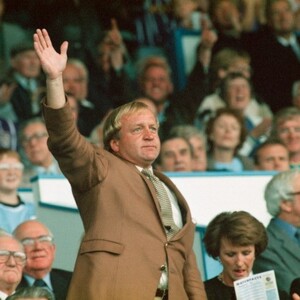