Fabio Grosso net worth and salary: Fabio Grosso is an Italian former professional soccer player who has a net worth of $15 million dollars. Fabio Grosso was born in Rome, Italy in November 1977. He played his youth soccer for Renato Curi and was called up to the senior level in 1995. He played for Chieti, Perguia, Palermo, Internazionale, Lyon, and Juventus.

Grosso played as a left back. He was a defensively sound player who specialized in free kicks, penalty kicks, and corner kicks. He played internationally for Italy from 2003 to 2009. He appeared 48 times for Italy. During the 2006 World Cup he scored the winning penalty in a shootout to give Italy the championship over France. He also scored the decisive goal in the semi-final against Germany that year. He earned fees of $5 million, $7.5 million, and $2 million Euros during his career. In 2013 Grosso came back to Juventus to be the assistant manager of youth team Primavera. In 2014 he became the club's new manager. He is married to Jessica Repetto and they have two songs together. 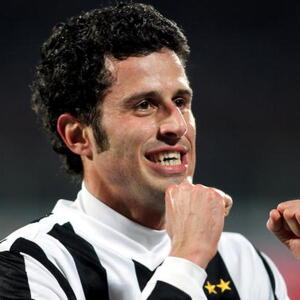