Fabien Barthez Net Worth: Fabien Barthez is a French professional soccer player who has a net worth of $18 million. Barthez was born in June of 1971 in Lavelanet, France. Barthez played for notable clubs including Olympique de Marseille, Manchester United, and the French national team. He won the 1998 FIFA World Cup final while playing for his country.

in 2000, he won the Euro championships as the side's goal keeper. He shares the record for most Wold Cup finals clean sheets with Peter Shilton, at 10. He has won titles with his club teams in both the English Premier League and the French Ligue 1. He became the youngest goal keeper to win a Champions League title in 1993, after only his first year with Marseille. He played with the club into 1995 through a match-fixing controversy that contributed to the team's bankruptcy. Barthez then joined AS Monaco and won French Ligue 1 titles in 1997 and 2000. After that, Barthez joined Marchester United for £7.8 million. After an up and down stint at the English powerhouse, the Frenchman rejoined Marseille in 2004. Barthez retired from professional soccer in 2006. He began a motorsport career in 2008, competing in a number of prominent French races. 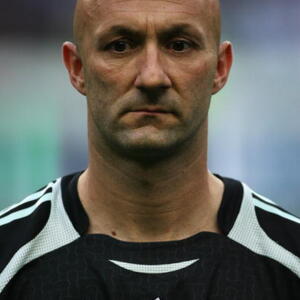