Erik Lamella net worth: Erik Lamella is an Argentine soccer player who has a net worth of $14 million. Erik Lamella was born in Buenos Aires, Argentina in March 1992. He is a winger / attacking midfielder who played his youth career for River Plate. He joined River Plate for their senior side from 2009 to 2011 scoring four goals in 36 appearances.

Lamella played for Roma from 2011 to 2013 and scored 19 goals in 62 caps. He joined the Tottenham Hotspur in 2013 and has scored eight goals in 84 games. He has also represented Argentina in international competition at the under-20 level from 2011 to 2012 and the senior level since 2011. His nickname is Coco and he transferred to Roma for 12 million Euro in 2011 and joined Tottenham for 25.8 million Pounds. 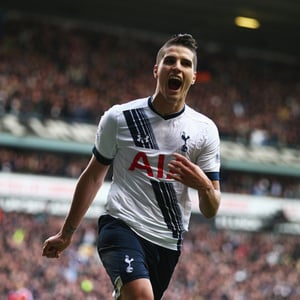