He played for Fulham from 2001-05, and Manchester United from 2005-11. For his career, he was a goalkeeper in 605 matches, and even scored a goal in a 9-1 victory over De Graafschap during the 1997-98 season. He also played for the Netherlands national team from 1995-2008, appearing in 130 matches. Van der Sar is one of just a few players to win the UEFA Champions League with two different clubs, first in 1995 with Ajax and again with Manchester United in 2008. Ajax also won the UEFA Cup in 1992. During the UEFA Championship season, Edwin Van der Sar went a world-record 1,311 consecutive minutes without allowing a goal. Individually, Van der Sar won Best European Goalkeeper in 1995 and 2009, the Dutch Football Goalkeeper of the Year from 1994-97, the Dutch Golden Shoe in 1998, UEFA Club Goalkeeper of the Year in 2009, and both the Barclays Merit Award and Barclays Golden Glove during the 2008-09 season. He was also the oldest player to win the Premier League, at 40 years and 205 days. 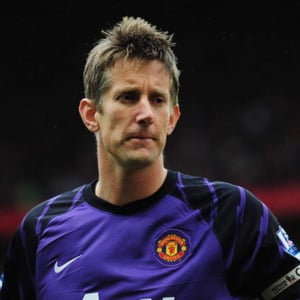