Eduardo Salvio net worth: Eduardo Salvio is an Argentine professional soccer player who has a net worth of $10 million. Eduardo Salvio was born in Avellaneda, Argentina in July 1990. He is a right winger who played his youth career for Lanus. Salvio was called up to the Lanus senior side where he played from 2008 to 2010 and scored 11 goals in 41 appearances. He played for Atletico Madrid from 2010 to 2012 and was loaned to Benfica from 2010 to 2012. Salvio joined Benfica in 2012. He also represents Argentina in international competition and played for the Under-17 team in 2007, the Under-20 team from 2008 to 2009, and the senior team since 2009. With Atletico Madrid he won the UEFA Europa League twice and was a Copa del Rey runner-up once. With Benfica Salvio has won the Primeira Liga twice, the Taca da Liga three times, the Taca de Portugal once, and the Supertaca Candido de Oliveira once. 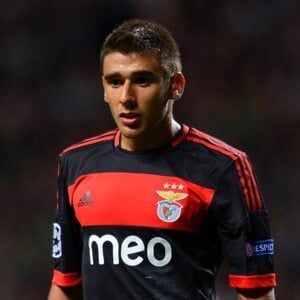