Edinson Cavani net worth and salary: Edinson Roberto Cavani Gómez is a Uruguayan soccer player who has a net worth of $40 million. Edinson Cavani was born on February 14, 1987 in Salto, Uruguay. His parents are Betra Gomez and Luis Cvani. Edinson's older brother, Walter Guglielmone is a striker for Beijing BIT and his younger brother, Christian is also a soccer player.  At the age of 12, Cavani started playing soccer for Danubio Youth team. Later he was promoted to the senior team. He was the best goal scorer of the tournament in South America Youth Championship playing for Uruguay Youth Team in 2007. He scored his first goal at international level against Columbia in February 2008. He participated in FIFA World Cups in 2010 and 2014 as well as the Copa América in 2011. He managed to score one goal in 2010 FIFA World Cup which helped his team secure fourth place in the tournament. Uruguay won the 2011 Copa América. It was the 15th time that Uruguay had managed to win the title. Edinson was married to Maria Soledad Cabrisa from 2011 until 2014. Together they have two sons named Butista and Lucas. He is most recent contract with Paris Saint-Germain comes with an annual salary of $14 million. 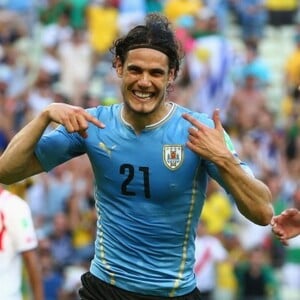