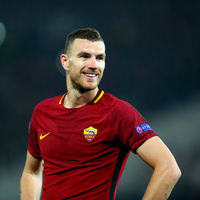 Edin Dzeko net worth: Edin Dzeko is a Bosnian soccer player who has a net worth of $23 million. He plays at the striker position and is known as "The Bosnian Diamond". Edin Dzeko was born on March 17, 1986 in Sarajevo, SFR Yugoslavia. He began his youth career with Željezničar in 1995, and stayed with the team for two seasons after joining them professionally in 2003. From 2005 to 2007 he played with Teplice, though in 2005 he was sent on a loan to Ústí nad Labem. In 2007 he joined VfL Wolfsburg. Since 2011, he has been a member of Manchester City. During the 2011-12 season, he scored four goals in a match against Tottenham Hotspur, completing a perfect hat-trick. Internationally, Edin Dzeko has been playing for the Bosnia and Herzegovina professional team since 2007. In 2008-09, he won the Bundesliga with VfL Wolfsburg. Since joining Manchester City, Dzeko has also won the Premier League in 2011-12 (the club was a runner-up the following season), the FA Community Shield in 2012, and the FA Cup in 2010-11. Dzeko has also earned numerous individual awards: Bosnian Footballer of the Year in 2009, 2010, and 2011-12; Bundesliga Players' Footballer of the Year in 2008-09 and the Top Goalscorer in 2009-10 and multiple Player of the Month recognitions.