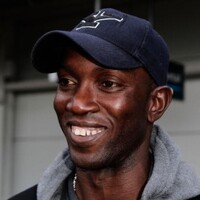 Dwight Yorke net worth: Dwight Yorke is a Trinidad and Tobago former professional soccer player who has a net worth of $25 million. Dwight Yorke was born in Canaan, Tobago, Trinidad and Tobago in November 1971. Yorke was a forward and midfielder who played his youth soccer for Signal Hill Comprehensive School from 1988 to 1989. He started his senior career playing for Aston Villa from 1989 to 1998 where he scored 73 goals in 232 appearances. Yorke played for Manchester United from 1998 to 2002 and scored 48 goals in 96 caps. From 2002 to 2004 he played for Blackburn Rovers and scored 12 goals in 60 games. He played for Birmingham City from 2004 to 2005 and Sydney from 2005 to 2006. Yorke played for Sunderland from 2006 to 2009 before finishing his career for Tobago United from 2009 to 2010. He finished with 147 goals in 479 appearances. Yorke also reprinted Trinidad and Tobago in international competition from 1989 to 2009 scoring 19 goals in 74 caps. He is tied for the record for competing in six different World Cup competitions. He was nicknamed "The Smiling Assassin" for his goal scoring ability and for constantly smiling. Yorke served as assistant manager for the Trinidad and Tobago national team. His autobiography "Born To Score" was published in 2009.