Djibril Cisse net worth: Djibril Cisse is a French professional soccer player who has a net worth of $35 million dollars. Djibril Cisse was born in Aries, France in August 1981. He started his career at eight years old playing for AC Aries in 1989. As a youth he also played with Nime and Auxerre. In 1998 he was called up to Auxerre's senior squad and stayed there until 2004. In 2004 Cisse signed with Liverpool for more than $14 million pounds. He was loaned to Marseille and then signed with them permanently in 2007 for $8 million pounds. In 2009 he signed with Panathinaikos and would earn $2.5 million pounds a year. In 2001 Cisse was transferred to Lazio for $5.8 million pounds. In 2012 he joined Queens Park Rangers for $4 million pounds and in 2013 he joined Kuban Krasnodar. Since 2014 Cisse has played for Bastia. Cisse is a striker who also represented France in international play from 1998 to 2011. He has won the Coupe de France, FA Cup, UEFA Champions League, UEFA Super Cup, Superleague Greece, and Greek Football Cup. With France he won the FIFA Confederations Cup in 2003. Cisse has been named the UNFP Young Player of the Year, as well as the Ligue 1 and Super League Greece Top Scorer. He made a cameo in the French comedy Taxi 4. Cisse launched his fragrance Mr Lenoir in 2013. 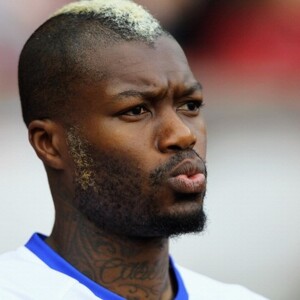