Diego Reyes Net Worth: Diego Reyes is a Mexican football player who has a net worth of $1 million. Born Diego Antonio Reyes Rosales in 1992 in Mexico City, he is currently a midfielder and central defender for Porto in Portugal. As a teenager, Reyes rose through the youth academy for América, making his first professional appearance at the age of 17. Two years later, he transferred to Porto and debuted during the 2013 season. Reyes is well-known as a Mexican football player and was selected to the nation's Under-17 team, Under-20 team and Under-23 team, and is also currently a member of the Mexican national team. Reyes made his first appearance with the club during a World Cup qualifier and wore the captain's armband during the second half of a friendly against South Korea in early 2014. 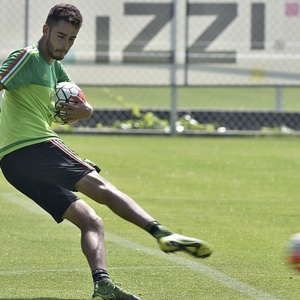