Deco net worth and salary: Deco is a Portuguese retired professional soccer player who has a net worth of $25 million dollars. Deco was born Anderson Luis de Souza in Sao Bernardo do Campo, Brazil in August 1977. He played his professional career for Corinthians, Alverca, Salgueiros, Porto, Barcelona, Chelsea, and Fluminense.

He signed with Barcelona for $15 million Euro, and with Chelsea for $10 million Euro. He won the UEFA Champions League with FC Porto in 2004 and FC Barcelona in 2006. In 2004 Deco was named the UEFA Club Footballer of the Year. He also won the UEFA Best Midfielder Award with Porto and Barcelona, becoming the first to win the award with two clubs. Deco was awarded with the 2006 FIFA Club World Cup Golden Ball. After residing in Portugal for five years he received Portuguese citizenship in 2002. He played for the Portuguese national team from 2003 to 2010. Deco played in two World Cups and two European Championships for Portugal. In 2013 he retired after battling a hamstring injury. In 2004 he won the Silver Ball Ballon D'or. He started the charity Deco Institute near Sao Paulo, Brazil. Deco has five children and has been married twice. 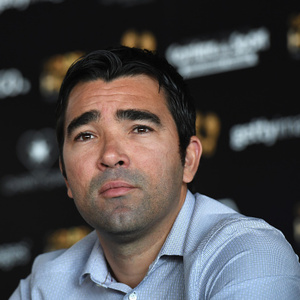